Horizontal vs. Vertical Lathes: Which One is Right for My Shop?

Home►CNC Turning Centers►Horizontal vs. Vertical Lathes: Which One is Right for My Shop?
Previous

Horizontal vs. Vertical Lathes: Which One is Right for My Shop?

Trying to choose between horizontal vs. vertical lathes for your machine shop? There’s more to the decision than spindle orientation. Workpiece size and shape plays a big role, with vertical turret lathes (VTLs) winning the prize for large diameter parts, provided they aren’t much longer than they are wide. Traditional “horizontal lathes,” on the other hand, are better at shaft work and other relatively long, skinny parts. Ergonomics is also a factor, as is available floor space. Before taking apart the watch, though, let’s answer a more basic question: who invented the VTL, and why aren’t there more of them out there? 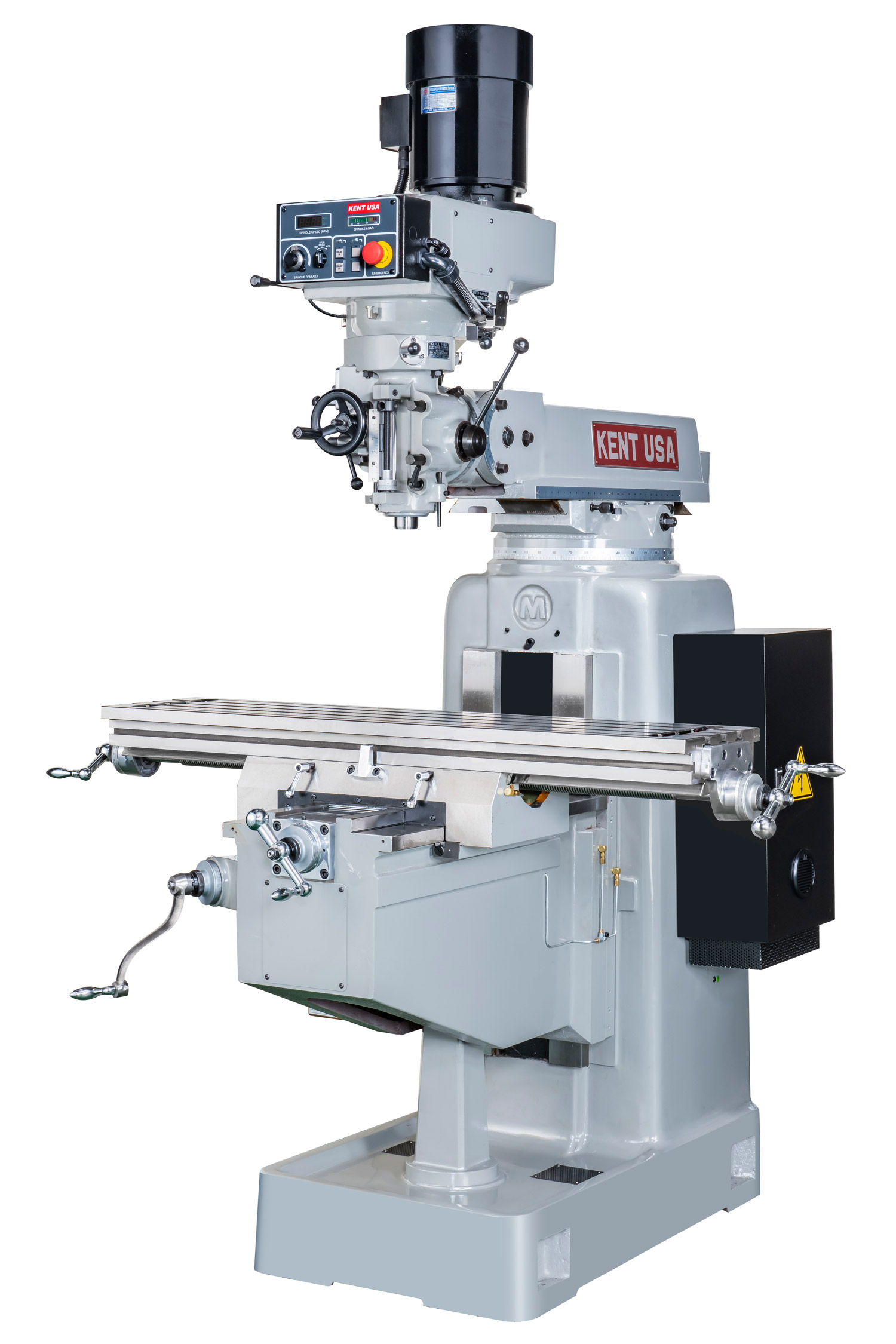 Many attribute machinist and former Pratt & Whitney employee Edward P. Bullard Sr. with inventing the vertical lathe. However, that’s not strictly accurate. It was actually his son, Edward P. Bullard Jr., who came up with the idea after he visited the Paris Exposition in 1900. Recognizing the burgeoning auto industry’s need for a lathe able to turn large, heavy parts, he added a turret to his father’s boring and turning mill. The first vertical turret lathe, or VTL, was born.

Ironically, Bullard’s company was once known as the Bridgeport Machine Tool Works. It was not the same machine tool builder who developed what has since become a standard and iconic knee mill design. That company—Bridgeport Machines Inc.—was also based in Bridgeport, Connecticut, but owners Rudolph Bannow and Magnus Wahlstrom wouldn’t begin selling their “ram on turret” milling machines until 1938.

Regardless, the Bridgeport brand has long since been acquired, and the Bullard has gone the way of the Edsel. That doesn’t mean that either machine design is obsolete, though. In each instance, machine companies like Kent USA have made a good thing even better.

You might be thinking, “Thanks for all that, but I’m no closer to determining which lathe is right for my shop.” Fair enough. 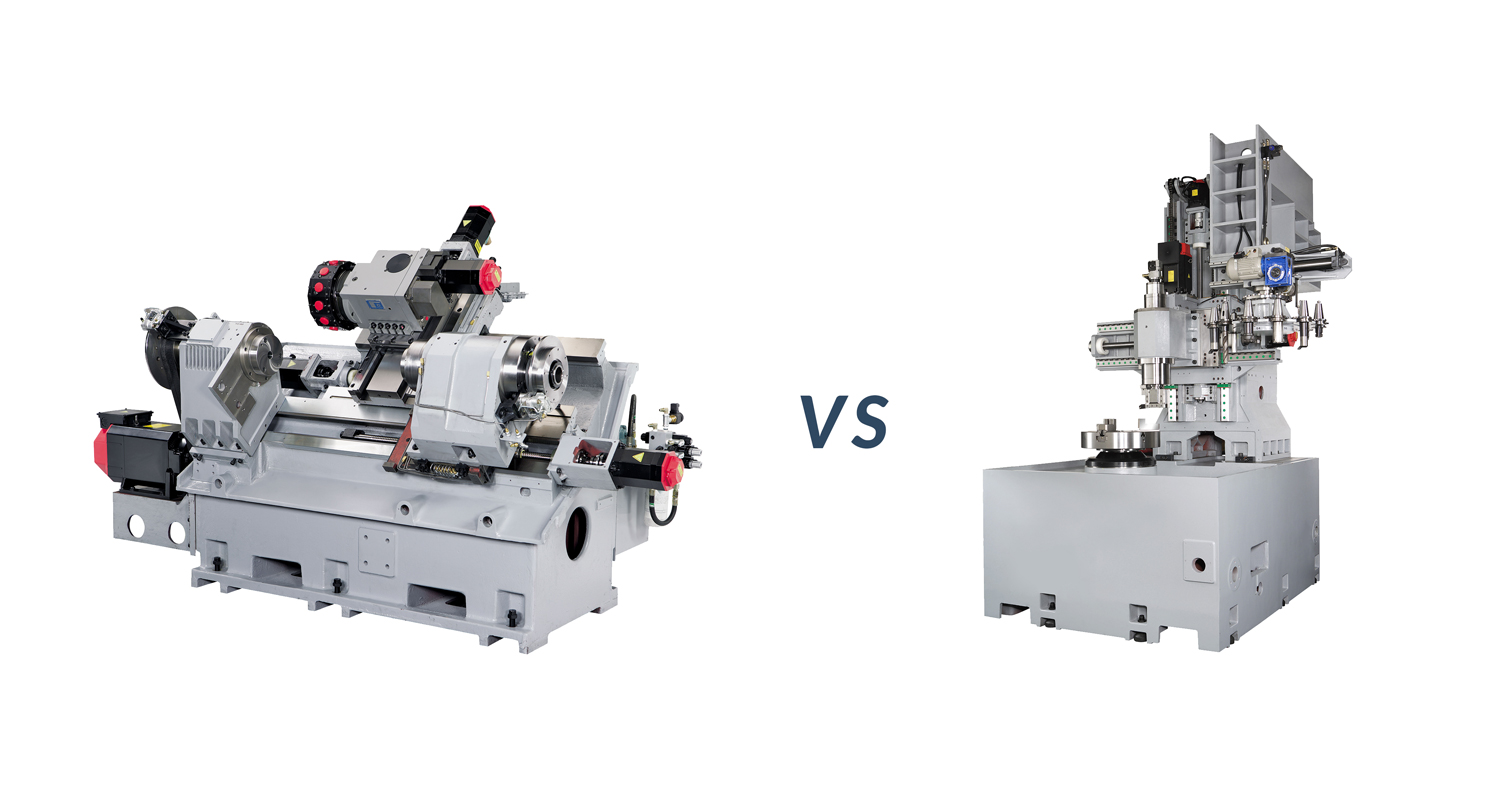 As noted earlier, size matters in several respects, starting with floor space. For example, a KLR-300 2-axis horizontal turning center from Kent CNC measures nearly seventeen feet long by the time you add a barfeeder. By comparison, a comparably sized Kent brand KVT-55E compact vertical turning center is just over six feet wide and nearly twice that in depth (front to back). That means two VTL spindles in the floor space of one bar-fed CNC lathe.

That brings up another important point. If your shop needs to feed bar stock into its CNC lathes, forget VTLs. They’re designed for sawed blanks and castings only. Same goes for long shafts. The KVT just mentioned handles parts 21″ in diameter by 21″ long. Think mag wheels and machinery gears. On the other hand, the KLR can turn parts up to 4X that length, depending on the configuration (but uses more floor space).

And yes, ergonomics is important as well. It’s easier to load big, heavy parts into a VTL, especially if a hoist is involved. But if your shop uses robots to load and unload, it probably doesn’t matter either way.

In a perfect world, a well-equipped machine shop would have each style of lathe. If your shop is striving for that perfection, or just wants to kick the tires on some new machinery, give us a call to review the available options. We’ll be happy to discuss the horizontal vs. vertical lathes question in much greater detail.