Ask any machinist which is better, box ways or linear guideway machining centers, and you might receive a heated response, similar to asking them which sports team is best, or how they voted in the last election. Most have their favorite, and how it became that way is often subjective, based on opinion or personal experience with a particular machine brand rather than facts.

The truth is, each has its strengths and weaknesses, but assuming the machine tool was constructed properly from high-quality components, either is perfectly capable of making good parts. Let’s explore a few of the key differences, and why you might select one over the other for a certain application.

Conventional guideways, a.k.a box ways type vertical machining centers, have been used for centuries. Many styles exist, but you can think of them as a pair of precision ground metal surfaces with a thin film of lubricating oil between them, like a layer of jelly between two pieces of bread; pressurize this oil (as is the case with virtually all CNC machines) and it’s called a hydrostatic guideway. Most box ways VMC also have a thin layer of Turcite applied to each mating surface, a slippery polymer that helps reduce friction, and most are also “scraped,” a process that creates small pockets resembling fish scales in the way surface to improve oil distribution. 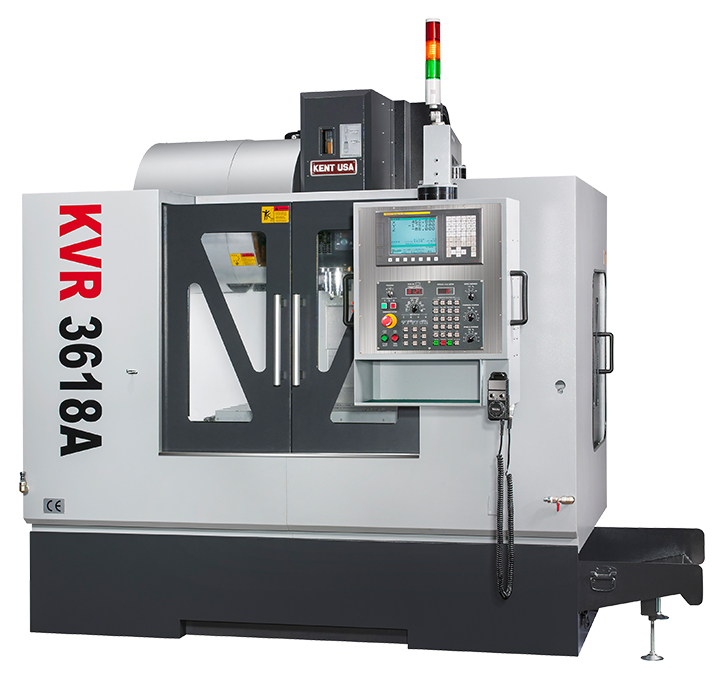 Linear guideway vertical machining centers are similar to roller or needle bearings, but made flat. In this arrangement, a set (typically four) of bearing “trucks” is attached to the moving machine element, which then mates up with a pair of rails that have been bolted to the machine casting. As the trucks move up and down the rail, the balls or needles within (depending on the manufacturer) recirculate through the guideway housing, picking up a little lubrication as they go.

As a rule, linear guideway VMCs are capable of higher traverse speeds, often two to three times faster than their boxy counterparts. Because they have none of the “stick slip” long associated with box ways, they’re generally considered more accurate, although it’s interesting to note that many of the world’s “mother machines” are equipped with hand-scraped box ways.

Conversely, box ways are usually associated with higher load capacities. They are thought to be more suitable for heavy or interrupted cuts, and better at reducing chatter, although a heavy duty, properly designed linear guideway—especially one that uses roller bearings rather than plain balls—has no shortage of stiffness and rigidity.

Kent CNC Machines use both technologies. For heavy duty cutting, we’ll generally recommend a machine tool with conventional ways, and for production work, we usually lean towards a linear guideway machine. As mentioned earlier, though, what’s most important in any machine tool is its overall quality rather than any specific technology, motion control or otherwise. That’s why we invite you to come in for some test cuts, so we can help determine which is the best fit for your application and budget. No matter which Kent CNC machine you choose, however, you can be sure that it will produce accurate parts for years to come.