Trying to decide between a vertical or horizontal machining center? This Southern California job shop ordered the combo

Vertical machining center (VMC) proponents say it’s the flexibility and lower cost that brought them to purchase this most common of CNC machine tools. Those who favor a horizontal machining center (HMC) suggest that better chip flow, higher rigidity, and access to more sides of the workpiece are what made them fans. Thanks to a recent equipment investment, Paul Cavallo, owner of American Made Group Inc. in Rancho Cucamonga California, has all of the above in a single machine.

“The nice thing about it is that you get the best of both worlds,” he said. “If a job comes in and my horizontal’s tied up, I can use the KENT USA. The same goes for any vertical work that comes in. It’s just an extremely versatile piece of equipment, one that performs quite well for a variety of different parts and industries.” 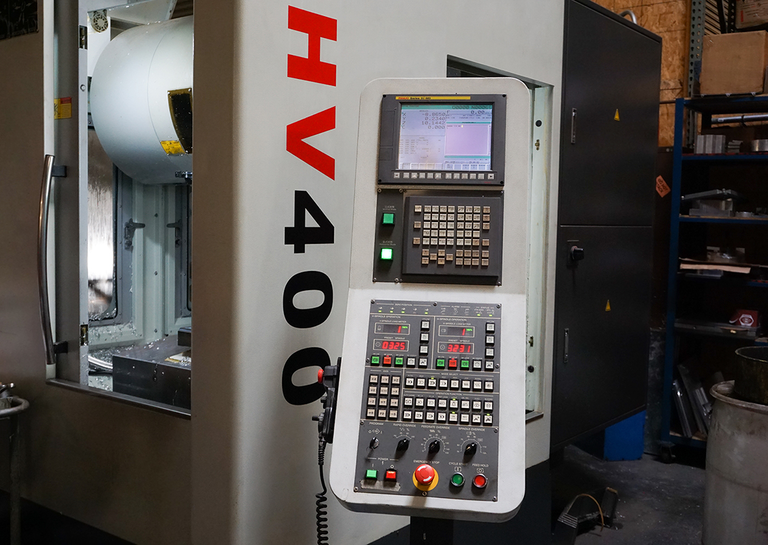 Advice from a buddy

Cavallo’s talking about his KHV-400 combination universal horizontal/vertical machining center from KENT USA, which he purchased late last year at the urging of a friend who services CNC machinery. “He used to work for KENT USA, and was always telling me, ‘Paul, you’ve got to check them out. They’re great machines.’ He was right. I’ve owned a lot of machine tools over the years, and construction-wise, I’d say that the KHV is better than 90% of what’s out there today.”

Cavallo’s been in manufacturing for more than 34 years, ever since he was a teenager working in his dad’s machine shop. As a longtime motorcycle enthusiast, he decided in 1994 to turn a hobby into a business and began making aftermarket parts on the side. Word got around, production volumes grew, and after a lucky conversation at a trade show, he soon found himself the owner of a company doing “around a million a month in sales.” Spitfire Motorcycles was born.

Unfortunately, the bottom fell out of the motorcycle industry right around the same time it fell out of the real estate market—in 2007, Cavallo had to start over. “I had 35 CNC machines and a bunch of manual equipment and ended up liquidating everything,” he said. “So while we still make motorcycle parts, we’ve since focused more on the aerospace and commercial space.” 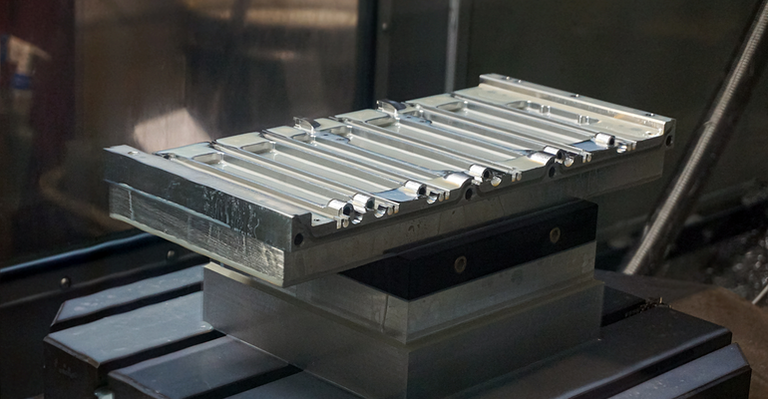 American Made now has 17 CNC machine tools—VMCs and HMCs among them—and offers a mix of general machining, Navy-certified welding, tube bending and light fabrication, and can handle “pretty much whatever comes along.” It was a part for the defense industry that brought him to KENT USA and senior engineer Mark DeCaro, who assisted him with the setup and installation of the KHV.

“We had an order for a Lockheed Martin part with 256 features and true position callouts down to seven thousandths (0.007″),” Cavallo said. “This meant we had to hold locational tolerance of around one-third that amount. We thought about running it on a vertical with a tilt-rotary table, but knew we’d be hard-pressed to meet the dimensional requirements.”

The KHV allows the American Made team to machine from two different planes without the need for a trunnion. And because the spindles are on the same centerline, setup is easier, as they only have to dial-in part location one time. They’re also able to make the tooling in the same machine, which only helps to increase accuracy. For hydraulic manifolds and similar five-sided machining, Cavallo noted that the machine is “virtually unbeatable.” 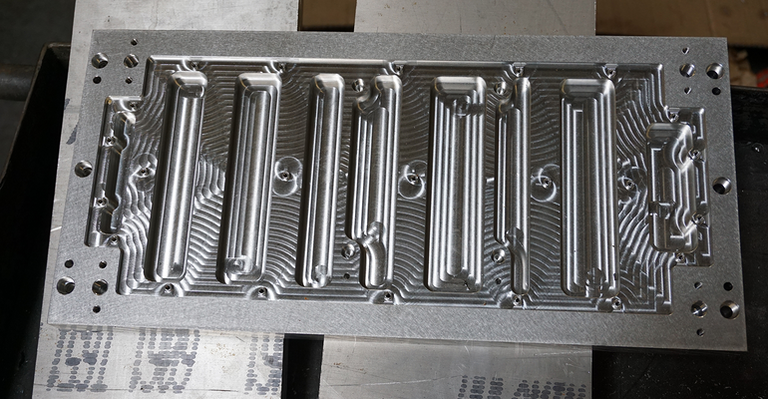 That said, he admits that a good five-axis machining center could have accomplished the same thing. In fact, he even considered going that route, but the overall flexibility of the KHV—plus a significantly lower price tag than the nearest competitor—decided the question for him. “About the only thing I can’t do on the KHV is machine holes at compound angles, and that’s something we rarely do,” he said.

Multiple sizes of KHV-series are available. Depending on the model, they can be equipped with up to12,000-rpm cooled spindles, dual 40-tool ATCs, and 43″ of X-axis travel. And for those of you wondering how to program a machine with perpendicular spindles, the FANUC control offers a merge function to simplify what might otherwise be an arduous task.

“The beauty of this piece of equipment is its accuracy,” said Carvallo. “That, and we’ve recently found that its 3D surfacing capabilities are similarly amazing. Most of the dimensions on that Lockheed part were plus or minus one-thousandth of an inch, which we easily maintained. Since then, I’ve run several other jobs with similar results. It’s just a rock-solid machine. In fact, I’m planning to sell some of my other CNCs to make room for more KENT USA machinery. They’re that good.”