Millions of parts later, the management team at this manufacturing company remain quite happy with their machine tool decision

Being a Tier III supplier to automotive and appliance OEMs is high-volume, extremely competitive work, where success depends in large part on fast, accurate, and above all dependable equipment. Fortunately for Bill Overbay, manufacturing supervisor at Miyama USA Inc. in Louisville, Ky., his latest round of machine tool purchasing gave him exactly that. “We now have five Kent USA machining centers in all, and most have been running nonstop for the past four years,” he said. “We’ve had no problems whatsoever.”

Miyama USA is a wholly owned subsidiary of Miyama Kogyo Co. Ltd. in Japan. Since 1980, it has served a variety of automotive and appliance customers here in the US, with capabilities that include stamping, machining, robotic welding, assembly, and other value-added services. The company and its 50 employees pride themselves on 100% on-time delivery and unerring quality, both necessary attributes in an environment where business is decided on margins of pennies per part.

After winning the bid nearly five years ago on a long-term contract for an automotive seat gear, Overbay and his team were faced with tooling up for the big job, beginning with the purchase of three new CNC vertical machining centers. At first glance, the parts were small enough that a drill-tap machine seemed like it might be a more logical choice, but because each gear required semi-finish and finish boring operations, Overbay knew that a 40-taper machine would be needed to accommodate the adjustable boring heads, each of which weighs close to four pounds. 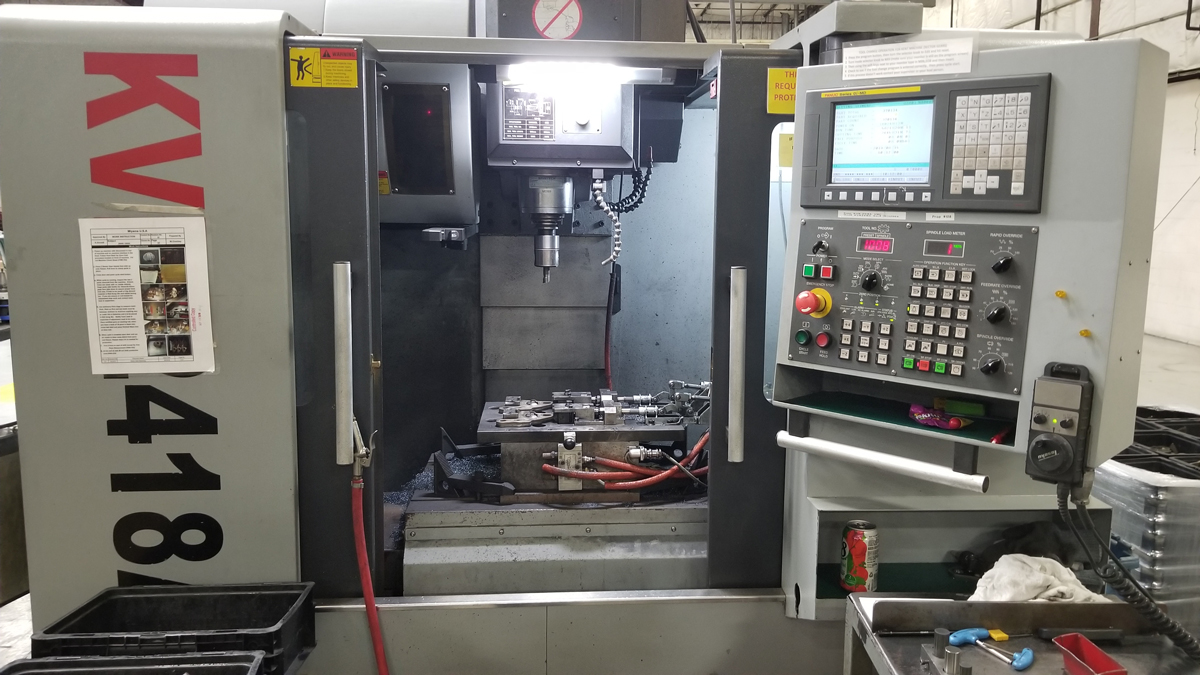 Still, he didn’t want to sacrifice speed and accuracy. “When you’re a Tier III supplier, price per part is everything,” he said. “This presents a strong argument for finding the least expensive machine available, but we also needed one that was fast enough to meet our cycle time objectives, and able to consistently hold tolerances down to 20 microns (0.0007″) on a pair of holes.”

After evaluating several well-known brands of equipment, Overbay reached out to Glen Goins, president of Amerigo Machinery Co., whom he had known previously. “Glen’s been in this business longer than anyone and I trust him to stand behind his equipment; he’ll do whatever’s needed to treat his customers right,” said Overbay. “He showed us a couple different options, but it was the KVR-2418 vertical machining center from Kent USA that we kept coming back to. Where everyone else makes you pay for a 12,000-rpm chilled spindle upgrade, a better control and other needed machine options, Kent USA includes those features as standard, and has a lower price.”

How did the KVR Vertical Machining Centers Fare?

Despite the price, the KVRs have proven to be extremely reliable. Each of the machines produces two seat gears every 35-seconds, and does so 16-hours a day, five days a week. With three tool changes per cycle, that comes out to nearly 1.5 million tool changes annually. “Aside from the routine maintenance to replace the tool pods every year or so—something that’s quite reasonable considering the high number of tool changes—we’ve had no appreciable downtime, and the only failures are when the operator accidentally stops the machine in the middle of a tool change,” said Overbay. “And after four years of moving to the exact same four points, we have almost no visible wear on the ball screws.”

Tool life has also been exceptional. The seat gears are made of 400-series stainless steel that’s been heat-treated to 62 Rc, hard enough that relatively expensive PCBN (polycrystalline cubic boron nitride) cutting tools are needed. Due to their brittle nature, however, these tools require rigid, stable machining conditions if they’re to last as long as possible—here again, the Kent USA KVR machining center does not disappoint, producing up to 3,000 parts per tool, a figure that Overbay said they’re quite proud to achieve.

Hands On at Miyama USA

Because of this long-standing success, Miyama has since purchased two additional KVRs, bringing the total to four machines dedicated to seat gear production and one for general shop work—in fact, Overbay estimates they’ve made more than four million of the automotive components so far, with all of the machines still going strong.

“To be honest, I initially thought we were buying an inexpensive machine that would hopefully last long enough to get us through the project, but over the past four years, I’ve been pleasantly surprised by the quality,” he said. “A lot of people think I’m joking when I tell them how many tool changes we’re doing each year; my response is that the machines are fantastic. The price was significantly lower than competing brands, they’re fast and accurate, and even though we push them very hard each day, they just keep on making parts. We’re not in the market for a new machine right now, but if we were, it would definitely be a Kent USA.” 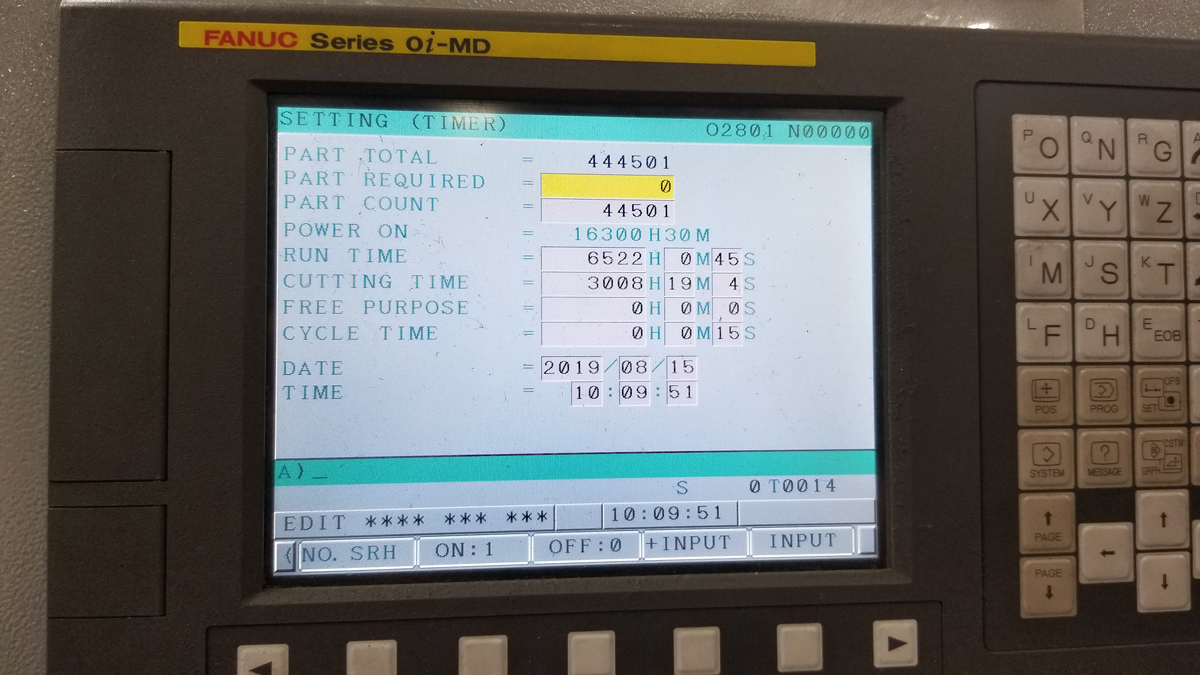 Miyama USA’s 50 employees serve a variety of automotive and appliance customers, with capabilities that include stamping, machining, robotic welding, and precision assembly.